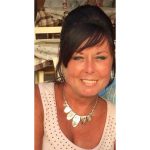 My son Paul. Where do I begin? Watching Paul struggle at the beginning of his injury was so difficult. As a mother, you obviously want to protect your children. I often watched Paul pace up and down and stare into space for what seemed like hours at a time. He would look around blankly with no emotion. It was heart breaking. I would often look at Paul and think: where has my loving son gone?

Although he was standing in front of me, everything about Paul had changed. His independence had been taken away. He couldn’t be left alone as he was incapable of thinking for himself. He needed so much love and support from his family and friends. I must say I can’t thank Paul’s friends enough!

Whenever I saw Paul, I would put my arms around him and wouldn’t want to let go. I wanted to protect Paul and keep him safe. It was so difficult to remain calm and patient but that’s what I needed to do. We soon learned that this was going to be a long hard journey for all of us. The amount of devastation and pain which a brain injury brings to the patient, their family and friends is immeasurable. It’s so tough!

My emotions around Paul were concealed. I cried no end whenever I left Paul’s house. I would give him a cuddle as I left, but looking back at my vulnerable son was terrible. It was so hard to leave him. In the beginning when Paul was in hospital he was placed in ICU. He had been admitted there because he had started having seizures. I was sick to the stomach at the thought of losing Paul. I feel deeply blessed that I did not lose my son. It was heart breaking and no one can imagine that pain unless you are a mother in similar circumstances. When Paul came out of hospital, he found it hard to accept the changes within himself. He was a broken man and his confidence was so low. He struggled with daily life and got frustrated at how his life had changed and his loss of independence. He was tormented by not being able to remember memories, and it still haunts him now. He was so lost and we just had to wait to see how he would recover.

Around 6 months into recovery he told me that he was going to join a gym. At the time I thought it was madness. Given that he struggled with everyday tasks, how would he manage at the gym? He was so determined to go. He wanted to get out of the house and start getting his independence back. He then wanted to go back to work. Again I thought it was too early. He was determined despite his weaknesses. He was going. Then came another bombshell. He was going to run a half marathon on the anniversary of the attack. I really started to worry at this point because here was my son who was still so confused in general, struggling with so many things whilst trying to get back into normal life. I always thought he pushed things too early.

Although he was starting to learn new strategies to help him cope with day to day living I thought it was too soon to be taking on so much. It was particularly hard watching him trying to organise the half marathon event because it was a massive struggle for him. I had so many sleepless nights worrying about Paul. Life was taking so much out of him. He was often fatigued and easily exhausted. Paul’s vision, focus, determination, strength and achievements have amazed me. I think the gym played a massive part in Paul’s recovery. He was right to defy others and join. Although he wasn’t well he got by and it gave him a focus. He found it hard to keep up but he kept at it. His half marathon fundraiser was also an amazing success. The support from friends and family was incredible. I was so proud of him that day. He had achieved so much in that first year but there was still a long way to go to get back to where he was before the attack. I think Paul was starting to realise and become more aware of his damage. His understanding had been limited but over this summer it started getting better. Although it was slow, you could definitely see small progress.

Paul then wanted to organise another event for the second anniversary of his brain injury. It was organised to perfection and was a huge success. I am so proud of what Paul has achieved, despite being faced with so much pain and anguish. He had come so far but was still really struggling in other areas. He wasn’t able to drive which made life harder for him. His relationship with Gemma had broken down. I suppose it must have been hard to be in love with a man one day, only to watch him change completely the next. That’s what basically happened. Although Gemma was very supportive at the start, things between them became too difficult and unfortunately they split up.

Paul was also finding work really tough. I remember reading an article from the Hull Daily Mail. Paul had described himself as going from the strongest to the weakest link. I couldn’t stop crying; the thought of how he’s struggled for so long and how difficult it must have been for him trying so hard to be a good electrician again. In the end it was in vain as Paul was advised to leave his job. I can’t emphasise enough how hard it was to watch Paul give up his career. He had been an electrician since leaving school. I was worried for his future. How will he cope? What sort of living will he have?

Why do I worry?

Paul is really positive that things will get better. He has put all in his energy into supporting others affected by brain injury. It has been and continues to be difficult for Paul but I am so proud of the person he has become. He’s truly amazing and an inspiration to others. I love him with all my heart.