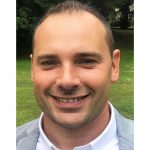 II’ve been a good friend of Paul for the last 10 years and I was out with him on the night of the unprovoked attack which resulted in his brain injury.

We had entered the pub and made our way straight to the toilets. As I left first, there was a fight in the bar, so I went back in to warn Paul. Then the attacker came in and hit the first person he saw which unfortunately was Paul. Paul was knocked unconscious and fell over, hitting his head hard on the tiled floor. He was breathing very heavily. It sounded like snoring, so I made sure his airway remained open as his brother rang the ambulance. At the time, I didn’t imagine it would be such a serious injury.

Paul was admitted to hospital, and regained consciousness, but he had suffered a brain haemorrhage and his condition deteriorated dramatically. He went into a coma. It was a very worrying time. At some points, we didn’t know if he’d pull through at all, or how much of the Paul we knew would be left. The first time I spoke to Paul after he came out of hospital was upsetting for me because he had a very bad stammer and could hardly talk. It was a few weeks after he got out of hospital until I met up with him. I was shocked to see the change in him; he seemed very vacant, slow, and confused. He was still struggling with his speech. From always being the life and soul of the party and always being really chatty and upbeat, this was massive change.

In the beginning he’d lost a lot of confidence and was anxious about leaving the house or going out alone. So, as often as possible, I’d offer to take him out, give him a lift to shops, or visit and help him with the gardening etc.

Gradually in the first year, with his strong determination to not let the injury ruin his life, he made improvements and got into healthy eating and fitness, which gave him a focus. Even with his brain injury, memory loss and confusion, he decided to organise a half marathon charity run to raise money for the ward which ultimately saved his life. This inspired over thirty runners, including myself, to get fit and take part. Organising the run would’ve been a major challenge for most people, let alone a man with a brain injury.

Paul had been unable to work but was slowly allowed to return. Not in the capacity of electrical foreman as before, but undertaking simple tasks. This was frustrating and hard for him to come to terms with. This, coupled with trying to live with a slower brain, led to Paul becoming depressed and the neuro-doctors prescribing him anti-depressants to help.

Determined to not get stuck on anti-depressants, Paul continued to set himself big goals in the second year, like getting himself in Men’s Health magazine, doing a coast to coast bike ride and organising a second charity run, all the time making slow improvements in his memory, computational speed and confidence.

In this last year, since Paul had to leave his job on the doctor’s advice, I’ve seen the biggest improvements in Paul’s confidence and ability. Although he is still a bit slow, his old personality is really shining through again, and he is achieving some amazing goals and planning some big charity events to keep raising money for the brain injury ward at Hull Royal Infirmary.

The saying ‘sometimes you have to break a life to make a life’ could not be more true of Paul. He’s battled though his injury, learning to live with his new brain capabilities and in the process has inspired everyone he knows with his positivity and determination to not let his injury ruin his life. The future is looking very bright for my mate ‘Frank…’

I’m honoured to call you a friend xx