It was a really proud moment presenting the cheque to the ward that had saved my life. The ward staff and chief executive of HEY hospitals were there. Also, local media came to do an interview. There was a cakes and coffee buffet. I felt like a celeb, lol. I did a short speech to say thank you to the staff. It was an amazing experience! 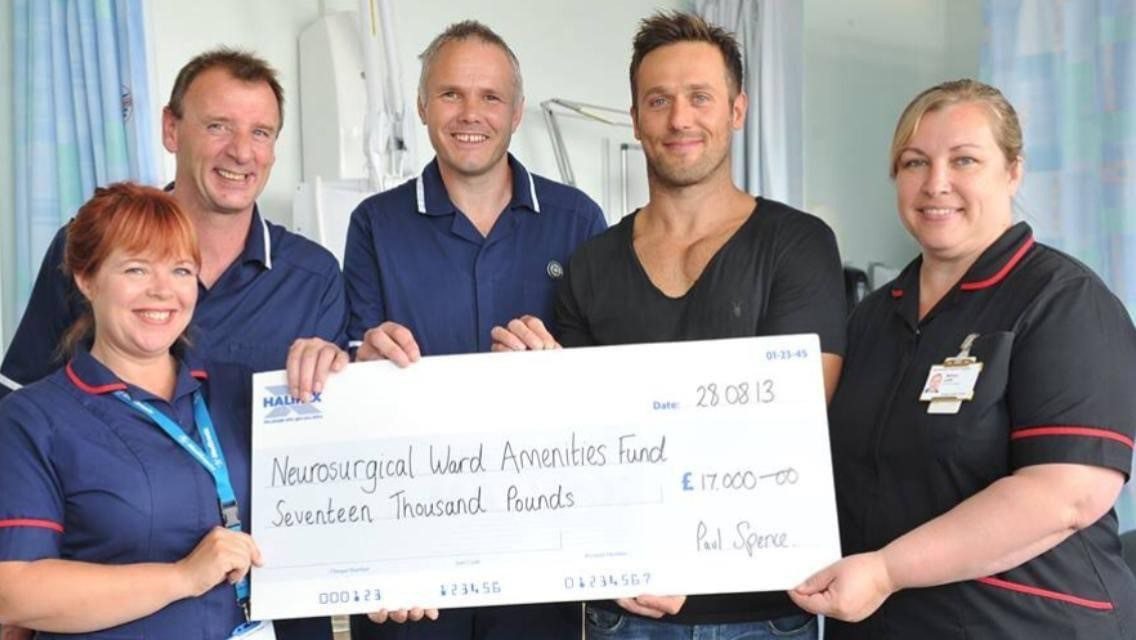 Despite my challenges I enjoyed this summer more than last year. I had achieved amazing things and had some great experiences. Low mood was always there but I tried to carry on as normally as possible.

I found myself liking new experiences. It could be running a different route to my normal one.  A walk through the countryside. Going new places. Cooking a different recipe. Trying new foods. Anything at all, done differently then I liked the sound of it. I felt like I would have a go at anything.

I think this was part of me realising what had happened and wanting to appreciate life to the full.

Gemma had always wanted to go to New York for her 30th birthday. It was coming up at the end of December. Although we were not living together we still saw each other. We decided we would still go as planned. New York would be an amazing experience.

Don’t make life harder for yourself – go at your own pace.

I would imagine most people will go through this after brain injury.

P.A.U.L For Brain Recovery worked in partnership with the Department of Psychological Services, Hull University Teaching Hospitals NHS Trust to produce information on identity and emotions after acquired brain injury.

Identity and Emotions after ABI booklet

I had been finding home life difficult since Gemma moved out. I had full responsibility for the upkeep of the house and regularly forgot things that I needed to do. I got frustrated with myself. I was on a downer with it all. I was struggling at work and home. I didn’t have transport. It was all becoming too much – I was finding life really tough.

I was sick to the back teeth of this ordeal!

People stressing out around me had a negative effect on my energy levels and function. It seemed to zap my battery and leave me feeling agitated.

Stress can wreak havoc on our health and is something that should be minimised during brain injury recovery, whenever possible.

Try to keep things as calm as possible. Nice and chilled – no pressure – no stress.