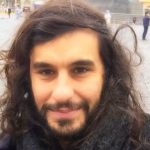 I was shocked after receiving the news that Paul had been attacked in a bar whilst innocently standing in the toilet at the urinal. I called and texted his brother but did not hear anything back until the next day, when his brother informed me about what had happened and how serious it was. I either couldn’t take it in or wouldn’t take it in. All I could think was that it would be OK. His  family were taking turns to stay overnight, which wasn’t a good sign.

All in all, Paul was in hospital for four weeks, of which the first two weeks were touch and go as the salt levels in his body were really low, which was causing him to fit. After the first two weeks, he started to show improvements. After a couple more weeks he was discharged.

I was eager to see him when he came home but when I first saw him I couldn’t help notice how different he looked compared to the last time I saw him, before the attack. It was hard for me to hide my reaction. He looked like a fragile old man. He had lost what seemed like two stone in weight. All in all he seemed fragile and a little timid, but this was to be expected to be honest. I had to slow down my speaking because his face looked like he was trying to figure out what I was saying or at least understand what I was saying. Anyway, that was the first time I noticed that, other than his physical appearance, he wasn’t the same.

Throughout Paul’s first year, sometimes he seemed OK. Other days he didn’t seem good at all, but as I always spent time with him, I could see when he was confused and was putting a brave face on things to the outside world. He could come across as OK, if you saw him in the street or briefly chatted with pleasantries. I saw a lot of people who said, ‘Oh Paul seems OK now doesn’t he?’ In reality he really wasn’t. Around six weeks after the incident, he started to acquire a stammer. This lasted for roughly two to three months, but with the help from a speech therapist, he got rid of it.

I would say that the first six months for Paul were a blur. He wasn’t able to do much at all and he got tired really quickly due to his brain injury. He needed to rest a lot and sleep and sometimes just stared into space, giving his brain a rest from answering questions or searching for memories, which were so hard to locate.

Sometime after six months, there was a birthday party at our good friend Riccardo’s house. There were maybe thirty people attending, and there was music playing. Paul came, but straight away I could see his reaction to everyone talking at once, people with high pitched voices and people talking at the same time over each other. It was too much for him. He couldn’t process everything that was going on around him and looked agitated. I suppose it’s hard for somebody without a brain injury, never mind with one, to hold a conversation with multiple people and loud music. So Paul asked if he could go and lie down in a spare bedroom for a little while. This was Paul learning to cope with his brain injury.

Two things that have always been with Paul before, during and after his brain injury are his ability to smile and laugh at 99% of things and his determination to do something once he has set his mind to it. Nothing more so than when he was reading a Men’s Health magazine and became determined that he would be in the magazine himself one day. I think in part it was a big challenge. As he had lost nearly two stone and was fragile, he wanted something to focus on as he was housebound. He had started with three press ups, three sit ups and three squats. As he got better, he joined a gym and his fitness journey began. It was a big step for Paul as he wasn’t well. He was just a shell when he started going to the gym. He hired a personal trainer, who showed him how to do everything, as he wasn’t sure what to do. His persistence and determination paid off. Slowly he began to build his body back up and surpass anything that he’d done physically before. His goal of being in Men’s Health was achieved. This was all done after a year of going to the gym with a brain injury! This was a major thing for Paul, as it would be for any man. Not only was he in the number one fitness magazine in the UK, but the fact that he was in it even though he was recovering from a brain injury, makes it even more impressive!

It gave Paul a confidence boost. The world would be his oyster and anything he set his mind to he would achieve, no matter how big or small. After this came his idea to run a half marathon to raise money for the ward that helped him in his early recovery. Paul wanted to give something back and this seemed a perfect way to raise money while doing something fitness orientated. I noticed that during Paul’s recovery, the more he started to get his senses and memory back, the more he liked to keep himself busy. After eight months, it was good to see Paul go back to work, all be it part-time. He started to work again at Humber Electrical. I knew he was a million miles from how he was, but he would try his best. He struggled with fatigue and needed to take extra breaks. Again, this was Paul learning to cope with his brain injury.

Paul had told me that his brain specialist thought he should slow down. This was to help him understand what had happened to him. He wasn’t allowing himself time to grieve or reflect in a way on what he had lost, or on the changes he’d needed to make in his new life. Instead, as a way of coping, he had filled his time and pushed forward, not really stopping to relax or think about what had happened. But that was part of Paul’s character. He never liked to stop or pity himself. He preferred to just get on with it. He’s been like that ever since I’ve known him. He did tell me that he did feel like he needed to cry but couldn’t.

As time went on, Paul started to get depressed about his situation and what had happened to him. He struggled with various daily things. He couldn’t just go and pick up his two children by car anymore. He had to go to collect them on the bus. He had to go shopping on the bus. All the normal things in life were more difficult for Paul and he had to adapt. Also there was his situation at work. He went from being the site foreman, in charge of twenty plus men on some sites, to needing his brother to help him when he was at work. All this was building up on Paul and his outlook. Although he always tried to put a brave face on it, if you looked closely, you could see he was struggling with a lot of things. He tried his best to hide his depression from 99% of people. But, as we are best mates, he would confide in me a little more.

Two years on and I hadn’t noticed much change in Paul over the last six months, like I mentioned, other than he was a little more depressed.  However, the good thing was that he was talking about it rather than bottling it up. Paul seemed to be getting through his recovery but during the second year’s summer I noticed some massive changes in him. He was becoming more short-tempered and snappy, especially when he was tired. He would be a lot blunter about things and often didn’t think about how it sounded or came across. It was a way in which Paul had never really acted before. When I noticed it, I remembered Paul telling me earlier in his recovery that people recovering from brain injuries can become short-tempered and angry. I was aware that this was Paul’s brain getting better with more awareness, although it was still hard not to argue back at him. I was kind of pleased that he was getting more argumentative in a non-selfish way because I thought the positive was that he was starting to have his own opinions on things, rather than just letting other people choose for him because he couldn’t. I knew I needed to give him a little space if he was tired or hungry, as he could get snappy, although it was still hard to bite my tongue at times.

September 2014 was a sad time for Paul as he had to stop working as an electrician. He had worked at the same company since leaving school. It knocked his self-confidence. He was really upset but understood the reason why he had to do it was that ultimately his health was more important. As Paul had more time to himself to let his brain recover, he seemed more relaxed and upbeat. He started a Facebook page to help and give inspiration to other people going through similar things. He wanted to give them confidence that they could become even stronger than they’d been before by going through recovery. It’s been a three year journey for Paul, his family and friends, with a lot of lows and changes but also with some amazing highs, which is testament to Paul.

His progress and successes were due to his positive attitude throughout his recovery. He never settled and felt sorry for himself, but instead did what some people think is the impossible for somebody recovering from a brain injury.