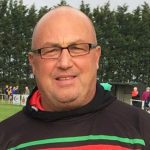 A phone call at Easter 2012 changed my life forever. My son, Paul, had been assaulted. He had been punched so hard that he hit the floor with such force that his brain moved forward into his skull, causing a bleed on the brain and frontal lobe damage. I remember crying all the way to the hospital not knowing what I would face when I got there.

When I got on to the ward, a nurse took me to Paul. It was a sight no parent wants to see – my son was lying on a hospital bed asleep with tubes and wires all over him. When he woke up he was so confused he didn’t know where he was. He had hallucinations and double vision.

A few days later the hospital rang and said I needed to go in because Paul had suffered an epileptic fit. I felt sick and ran from the car park up the stairs to ward 4 in world record time. Paul was just lying there, saying things which made no sense. He looked pale and exhausted. Suddenly he made this horrible sound as he had another fit. I grabbed him and held onto him as tight as I could. It was horrible. I thought, this is it, my son’s dying. I was shouting and crying. The sounds Paul made will stay with me for the rest of my life. When the fit had finished he just lay on the bed, staring at me. Then he fell asleep.

On a visit to see Paul at HRI out of the blue a nurse came over and asked Paul if he wanted to sit up in a chair. We looked at each other and typically Paul said, ‘I’ll try’. We helped him up and there he was sitting up in a chair. I took a photo, silly as it seems now, but it was such a relief to see him sitting up.

Eventually Paul was discharged from HRI and went home. All of us were ecstatic that he could go home but at the same time very apprehensive. Would he be OK at home? Would he be frightened and confused? Does he even know that it was his home? When Paul was leaving the hospital, he was in a relationship with Gemma. It was a relief to know that he would not be on his own.

For the rest of that first year, Paul hardly left his house. He had speech problems and putting a sentence together was difficult. He developed a stutter and usually sat, confused, staring at the walls. Every time I saw him it broke my heart. I always woke up in bed thinking about Paul, sometimes sobbing and other times angrily thinking about revenge; wanting to kill the person that did this to my son. I don’t think that I handled the next few months very well as a parent and perhaps I didn’t go to Paul’s house as often as I could have. His mum and my other son Mark were going around and helping out all the time to support Gemma. I just backed off a bit, not knowing what I could do or where I would fit in to help out. It was a massive learning curve for me and I do regret it. I now know that in those months of Paul’s rehabilitation, I could have done more to help. But wouldn’t every parent feel that they could or should have done more? I’m not sure.

Paul refused to let this injury beat him and started going to the gym. He found comfort there as he didn’t have to think too much about anything and, with help from a personal trainer, it wasn’t long before he started to regain his confidence. He was going to the gym 3 or 4 times a week, getting fitter and stronger. I’m sure going to the gym saved his sanity.

Soon Paul started thinking about others in a similar position to himself. He wanted to do a fund raising event to say thank you to ward 4/40 for all the care they gave him. With the help from friends and family, he decided to organise a fun run. On the first anniversary of his injury Paul, along with about 70 friends and family, ran 10k. It was a fantastic achievement and filled me with so much pride to see him not only have a big role in the organisation but to run and then get onstage afterwards and say thank you to everyone. He raised £17,000 for HRI ward 4/40 that day.

Paul continued to struggle at work but at this point was determined to carry on. Paul hated that he did not have the capacity to be a foreman anymore and that he had to have help from others all the time. He was frightened about not working for financial reasons. It was terrible to see him so tormented.

Paul’s next fundraiser for Life For A Kid brought in £4,000. However he was massively struggling in everyday life. Just going shopping was tough. He lost his driving licence. In spite of all these difficulties Paul still continued to think about ways to help others with brain injuries, even though he was now suffering with depression himself. The sense of pride and admiration that I have for my son is immense but at the same time I was worried sick that it was all getting too much for him to come to terms with. Paul’s relationship with Gemma ended which was a really sad time for us all, although they do remain friends.

In September 2014, Paul made the decision to leave work which was a real blessing. He didn’t have to struggle anymore and could concentrate on getting better in terms of resting his brain, giving it every chance to repair itself and to reshape his life with less stress.

Paul has not wasted his time sitting around feeling sorry for himself. He has devoted all of his time to helping others. He has raised awareness about the lack of aftercare given to people with brain injuries. Now that he had time on his hands, he could plan events at his own pace. He would go into HRI and talk to patients, reassuring them and their families that there was hope and people with brain injuries can still have a good quality of life.

It never fails to amaze me that he doesn’t let his brain injury stop him from carving out a new life. He now focuses his energy on raising money and supporting others. I wasn’t the only one who recognised his efforts and desire because he was asked to join the Golden Hearts committee at HRI; a fantastic award for him and one he richly deserves and takes pride in.

Paul continues to work as hard as possible for others. He organised a calendar for 2015, he did a twenty six week challenge, ending with a marathon on the 3rd anniversary of his injury. Best of all he has started up a charity. He shows so much enthusiasm. It’s incredible to think how much he has done with such adversity. I’m sure he will continue to work as hard as his brain allows him to in order to make the charity a huge success.

For me as Paul’s dad, watching him go through so much pain, frustration, depression and adversity was unbearable. Probably the worst part about Paul’s brain injury was that it made him lose the emotional feelings we all take for granted; the ability to feel love, happiness, sadness, etc. But hopefully as the months go by, he will start to get some of these feelings back. Whatever happens in Paul’s life in the future, his family and I will always be there. We will stand by his side in every battle he might encounter.

A view from a proud dad. X